Has the Mentality of the Colonial Powers Been Passed On? 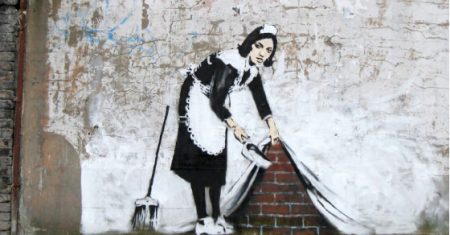 Is everybody really born equal or is that just an empty platitude?
During the era of the colonial powers, the lands that originally belonged to the natives were taken away and the natives became subjugated in their own land. Their lives were presumably worth less than the lives of the colonial powers. If they and their way of life deviate from us and our way, then they must be worth less than us, the colonial mentality suggests. Does this chain of reasoning still make the foundation stones of the prevalent mentality of the people living in the Western world?

What happens in the Third World doesn’t concern the former colonial powers anymore, so why should we care? Our culture and appearance are different from theirs so why shouldn’t we leave them to their own devices? The answer should be simple, “Because we are human beings.” Furthermore, we are the ones who have been exploiting these people and their lands for centuries and because of that contributed to their current situation. We are probably the reason why their lives aren’t as trouble-free as ours.

We have stolen their resources, enslaved their population and dictated their legislation for centuries. Additionally, we have made trade agreements with the other prosperous countries, so we could continue our economic prosperity, meanwhile the economic gap between the former colonial powers and the former colonies increased. We have left such a big part of the world out while we have controlled the political agenda. Looking out for ourselves and leaving them as a second priority even if that includes illegal warfare on their soil. When we continuously treat them as second-class citizens and indicate that they aren’t worth as much as us, then we must prepare ourselves for the natural consequences that will follow. Terror can’t be justified, but it can be explained.

The whole world cries when a terror attack takes place in the West but the same doesn’t apply when a similar incident happens in Third World countries. A headline like “London terror attack outside Houses of Parliament at Westminster” induces an outcry while headlines like “40 killed in Baghdad car explosion” or “2,000 killed in Gaza”  don’t get the same response.

Headlines regarding terror in the Middle Eastern region are supposedly considered as a normality in the western world, as they appear relatively frequently.

We are used to hear about high figure death tolls throughout the Middle East on an almost daily basis; 10 casualties in Palestine, 17 in Iraq or 40 in Syria. However, we must remember that it isn’t normal that people get killed anywhere in the world and we shouldn’t ever allow it to be considered as a normality. Once we do so, we lose one of the things that makes us human beings – the ability to empathise.

Our empathy shouldn’t only kick in when somebody is killed, we should try to prevent it and focus on human rights. We shouldn’t confine our morals to the Western world, we should educate ourselves on what is happening in the world and ask ourselves “is this truly fair?”

The self-centered mentality that permeates the society should be replaced with solidarity. The benevolence that has left the soul of the international society and the justice which is a lost virtue should be restored.