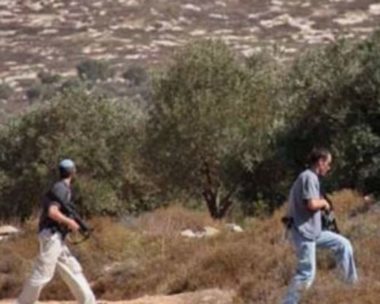 On Friday, a group of fanatic illegal Israeli colonists, squatting on Palestinian lands in direct violation of International Law, invaded Palestinian olive orchards near the northern West Bank city of Nablus, and attacked the families.

Daghlas added that the assailants assaulted several Palestinians, and chased others, in addition to preventing them from harvesting their olive trees.