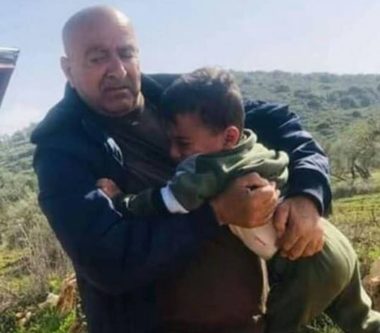 Eyewitnesses said the three colonists were driving their motorcycles in the meadow of Turmus Ayya town, northeast of Ramallah, before forcing a Palestinian car to stop.

They added that the Palestinian driver of the vehicle, identified as Tareq Refa’ey, was with his two children, Adam and Noah, when the Israeli assailants attacked the car and attempted to snatch the two children from it, after smashing some of its windows.

The father then sped away to avoid the assailants, who also threatened to open fire on residents in the area.