India to Pull Out of $500m Israeli Missile Deal 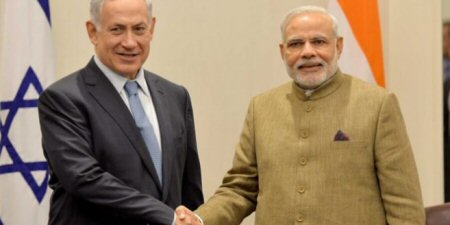 The Indian defense ministry has announced plans to withdraw from a deal with Israeli army contractor Rafael, for the Spike Anti-Tank Guided Missile (ATGM).

The deal was originally agreed upon in 2014, but the Indian defense ministry scrapped the deal in January of this year, reportedly planning to develop missiles domestically instead, through the government’s Defense Research and Development Organization. However, when Netanyahu visited India later in January, on a trip to foster closer economic ties between the two nations, he declared that the deal was ‘back on the table’ and that the outlook was ‘very positive’.

The deal appears to have hit another stumbling block, however, as the Indian defense ministry expresses doubts about the performance of the missiles in hot, desert conditions, requesting that they undergo additional testing in the summer of 2019.

Israel and India trade some $5 billion annually, primarily in arms and diamonds. This deal was seen as something of a milestone for relations between the two countries, deepening diplomatic and military ties.