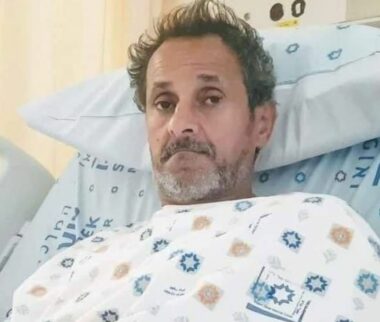 Palestinian medical sources have reported, Friday, that a deaf and mute man, who was shot by Israeli soldiers on August 17th, 2020, has died from complications related to his wounds.

The sources said the Palestinian, Nasser Halawa, 47, from Nablus in northern West Bank, was shot by Israeli soldiers at the Qalandia Terminal, north of occupied Jerusalem, and suffered life-threatening wounds.

Halwa was first moved to a hospital in occupied Jerusalem, and was discharged two weeks ago, before he started receiving treatment in Palestinian hospitals, but eventually succumbed to his wounds and complications.

Muawiya Mona, the secretary of the “Palestinian General Union for People with Disability” in Nablus, said the shooting and the resulting death of Halawa is yet another Israeli crime against the Palestinian people, including people with special needs.

He added that the slain man was walking near the Qalandia Terminal when the soldiers started shouting at him, however, he could not hear them, before they opened fire at him for “refusing to heed to their demands to stop.”

Eyewitnesses said they saw the soldiers opening fire at the man as he walked down the lane, dedicated for cars not pedestrians, before closing the terminal in both directions.

The Israeli army claimed the man approached the soldiers “suspiciously,” and failed to heed to their demands to stop.

It also said the soldiers fired live rounds at the man, shooting him in the leg, inflicting what the military described as “light-to-moderate wounds.”

His sister said that Nasser left his home on that fateful day, heading to the home of their other sister who lives in occupied Jerusalem, where he also intended to go to pray in al-Aqsa Mosque.

She added that her brother was unfamiliar with the changes the soldiers made in Qalandia Terminal, an issue that confused him, and likely made him walk through the wrong side.

“The soldiers started shouting at him, but he is deaf and had no idea what was going on,” she added, “that’s when they shot him with expanding bullets in his legs, before he was later moved to an Israeli hospital.”

The sister also said that her brother underwent four surgeries within the first three months after he was shot, and that the expanding bullets caused extensive damage.

The Palestinian man was also supposed to undergo further surgeries, before he was discharged from the Israeli hospital.

“When my brother was transferred back here, he was in a seriously difficult condition; besides his wounds, he seems to have lost his memory, and didn’t even recognize us, his family,” she added, “He wasn’t eating much, and recently suffered a serious health deterioration.”

It is worth mentioning that the slain man worked with his brother, who has a workshop dedicated for the upholstery of couches in Masha village, west of Salfit, in central West Bank.

On May 30th, 2020, an autistic Palestinian man, identified as Eyad al-Hallaq, 32, was shot and killed by Israeli officers, who fired many live rounds at him at the stairs of the Al-Aqsa Mosque, in occupied Jerusalem, and left him lying on the ground with multiple gunshot wounds for over an hour until he bled to death.

The slain Palestinian was walking to the al-Bakriyyah School for persons with special needs when the soldiers shot him.