Late Monday evening, Israeli forces entered the village of Qalandia with 15 bulldozers and around 150 soldiers.

In the village, the Israeli military destroyed 11 newly built houses, attacking the residents of the village with stun grenades, tear gas, rubber coated steel bullets and sponge bullets. 7 people had to seek medical care for their injuries, following assaults by the military.

In 7 of the demolished houses, families had already moved in, according to Yosef Awdalla, mayor of Qalandia. The demolition notices, claiming the houses had no permits, were left outside the houses on the ground only 24 hours before the army entered the village.

One of the homeowners, Fadi Awadallah describes how his friend was walking around the house the day before the demolitions, and found a piece of paper written in Hebrew on the ground. One hour after they had figured out what the document said and talked to their lawyer, the army was already entering the village to demolish their home. Fadi, who had applied and paid for an Israeli issued licence to build in area C, did not expect the demolition order since the Israeli authorities had accepted the money and the application. When he tried to explain this to the soldiers they answered him that “they were not there to talk, they were there to demolish the houses.”

The soldiers then pointed their guns to his head and told him that, if he didn’t move away from the house, they would shoot him.

“They didn’t deal with us as humans, they pushed us back with violence and force,” says Fadi, whose family had planned to move into their dream house the following week.

“Three years ago, we started to build the houses. Why didn’t they come three years ago, before we spent all our money on these houses? They destroyed the houses, they destroyed our dreams,” says Fadi, explaining that most of the families not only spent all their savings on the buildings but, now, are also left with loans that will take them years to pay.

“We came up with the idea about building a house here because we are not allowed to use our house on the other side of the wall,” says Fadi, whose father lives in a house on the other side of the apartheid wall surrounding the village. Without obtaining a permit every month, from the Israeli occupation authorities, the family is not allowed to cross the wall that separates the West Bank from Jerusalem.

Since the signing of the Oslo agreement of 1995, most of Qalandia village was classified as Area C, where israel has full control over security and civil administration. Only 2% of Qalandia is constituted as area B, where construction is permitted. Palestinian building in area C has to be permitted by the Israeli Civil Administration and, since the Israeli occupation of the West Bank in 1967, Israeli authorities regularly demolished houses in area C, thus breaking international humanitarian law. According to a report released this Wednesday from Israeli human rights group B’Tselem, Israeli authorities have demolished more Palestinian homes in the West Bank in the first six months of 2016 than they did in any year over the past decade .

Israeli demolition policies systematically implemented by the government, along with the lack of possibilities to build legally in the area, constitutes ethnic cleansing and forcible transfer of Palestinians.

As Fadi Awadallah points out, “Where are we supposed to be? In the sky? In the space? No, we are staying here.” 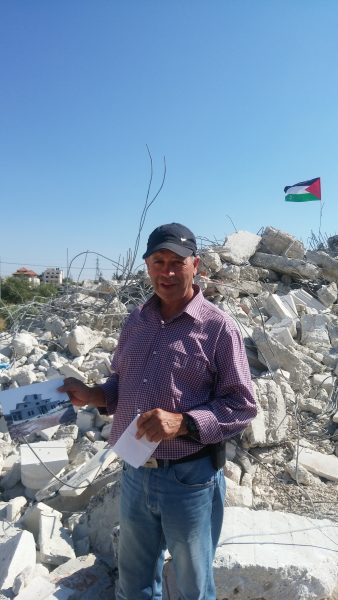 Sameeh Huseen holding a picture of his home that was ruined by the Israeli army. 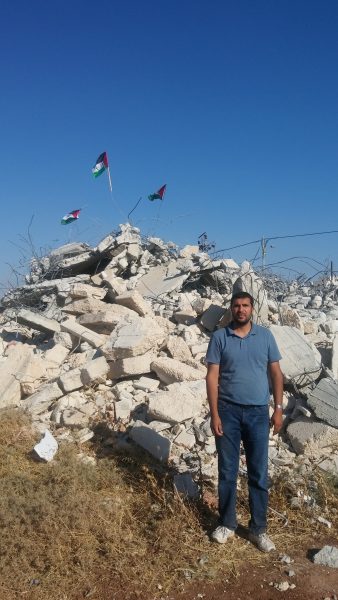 “How are we going to explain this to the next generation? How can we teach our kids about peace when this is what they see?” says Fadi Awadallah. 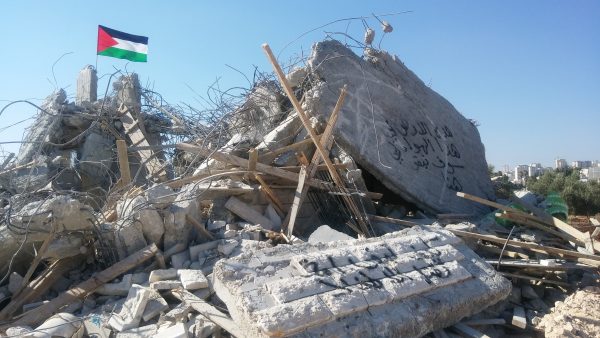