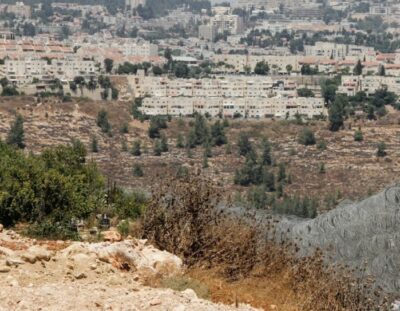 Israeli daily Haaretz said the “Agriculture Ministry” said it is providing funding to groups that send volunteers for “farm work” in the illegal outposts in the West Bank and added that the groups have already received $1.17 Million.

The Ministry granted the permits to the illegal colonizers to occupy thousands of Dunams of Palestinian farmlands surrounding six illegal outposts in the occupied West Bank.

The stolen Palestinian lands are slated to be used by the colonizers for farming and grazing areas for their livestock.

The agriculture ministry said it provided funding, approximately 4 Million Shekels, to three organizations that send “volunteers” to work in these outposts, in addition to granting all needed permits for agriculture and herding as recommended by the “Civil Administration Office,” the administrative branch of Israel’s illegal occupation.