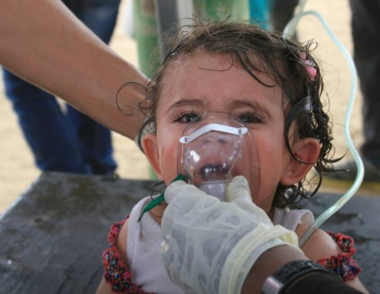 The Palestinian Ambassador to the United Nations expressed his dismay at the fact that UN Secretary General Antonio Guterres didn’t include Israel in its “List of Shame,” which includes countries that commit grave violations against children.

Riyad Mansour said Israel wasn’t included despite figures and statistics in the report about serious violations carried out by the occupied forces against Palestinian children.

The UN security Council held Saturday in New York City a special session in which its members discussed the annual UN report on situation of children in times of conflict.

The report included more than 24,000 violations against children in 2018 carried out in about 20 countries, Al Ray reports.

It said 59 children were killed in 2018, 56 of them by the Israeli army, and 2,756 children were injured (2,514 boys and 242 girls), most of which during the Great March of Return. The Injuries included permanent disabilities and limb amputations

According to the report, 203 children have been held in Israeli prisons, most of them in administrative detention, without charge or trial.

By the end of December 2018, 87 children were sentenced to serve time in Israeli prisons for resisting the occupation, said the report, and these children are subjected to harsh conditions of detention and ill-treatment.

Despite all these figures, the UN didn’t include Israel in its list, and Palestinians have expressed great deed of their dissatisfaction and disapproval of this report.

“The UN secretary general should include Israel in the list of shame and add it to the countries that commit horrendous acts, especially against children,” Mansour said ahead of the session.

Not including Israel on the list undermines efforts to put an end to the criminal violations against children around the world and questions the credibility of the list, Mansour stressed, adding that it also makes the list open for criticism and endangers Palestinian children’s life due to the lack of any kind of accountability to Israel.

“Turning a blind eye to Israeli crimes and failing to apply such nominal standards of accountability encourages the occupying power to escalate its flagrant violations against our people, including children, and boosts its impunity,” she added.