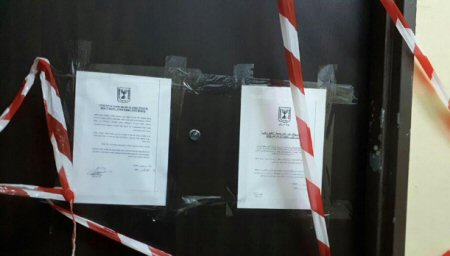 Palestinians condemn the closure as a blatant attempt to undermine Palestinian presence in the holy city and stifle speech critical of Israeli occupation.

Lieberman wrote on Twitter that Israeli intelligence officers determined the group “practically recruits the terrorist youth and prepares them to produce incitement videos.” The military order claims the Elia Youth Media Foundation is a “terrorist” group affiliated with the Popular Front for the Liberation of Palestine (PFLP).

Director of the Elia Youth Media Foundation Ahmad Safadi denies Lieberman’s charge and stresses the closure as an attempt to stifle Palestinian free speech in the city.

Safadi has been arrested many times for his work, most recently in February 2018 when Israeli forces shut down a dinner party for Palestinian journalists, alleging it was a meeting of members of the Democratic Front for the Liberation of Palestine (DFLP).

Secretary General of the Executive Committee to the Palestinian Liberation Organization (PLO) Saeb Erekat said of the closure: “Israel has become aware that video documentation of its violations and illegal practices constitutes a threat to its false claims that it is a democratic state by exposing its systematic repressive policies against our people.”

PLO Executive Committee Member Hanan Ashrawi also condemned Lieberman’s order: “We strongly condemn Israel’s closure of the youth organization Elia for Media in occupied Jerusalem, which works closely with young Palestinians to offer them courses in media, journalism, photography, and videography, produce films about Jerusalem and provide information services to institutions in Jerusalem.” Ashrawi called on the international community to curb Israel’s efforts to stamp out Palestinian institutions and life in the holy city “before it is too late.”

This year in Jerusalem, Israeli authorities have also closed the Orient House, the Arab Chamber of Commerce and Industry, the Palestinian Prisoners’ Society, the Department of Social Services, and the Office for National Institutions.