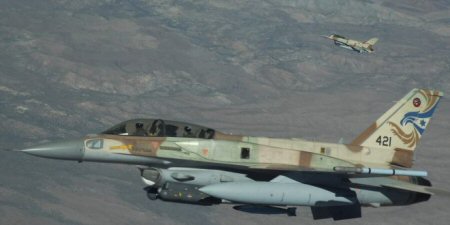 At least three Palestinians were injured in the shelling of the Tel al-Sultan neighborhood of Rafah City, in southern Gaza. Ma’an News Agency reported that, according to locals, Israeli forces targeted a site belonging to the military and naval wing of the Izz al-Din al-Qassam Brigades, the armed wing of the Hamas movement.

Another site in the southern Gaza district of Khan Younis was also targeted by an airstrike.

Meanwhile, according to a statement by the Israeli army, the air force struck a total of 25 Hamas targets across the Gaza Strip, in three waves.

On Wednesday morning, following the wave of airstrikes on Gaza, Hamas forces responded by firing several rockets into southern Israel.

Israeli news website Ynet reported that “about 45 rocket and mortar shells were launched at Israel from the Gaza Strip on Tuesday night, some exploding in the Gaza vicinity communities.”

An Israeli army spokesperson confirmed that about 45 rocket-propelled grenades were launched from the Gaza Strip, adding that Israel’s Iron Dome air defense system intercepted seven of them, while at least three fell within Gaza territory.

No injuries were reported in Israel.