Israel To Demolish A Home, Garden, Near Nablus 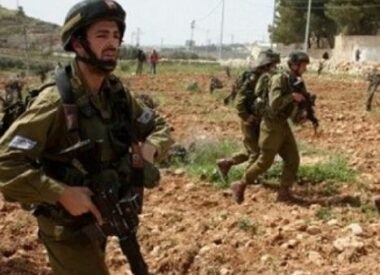 Israeli soldiers invaded, Tuesday, Sebastia Palestinian town, north of the northern West Bank city of Nablus, before handing orders for the demolition of a home and its garden, in the western part of the town.

Mohammad Azem, the mayor of Sebastia, said the soldiers stormed the home of Mahmoud as-Sarrawi, before handing him the demolition order.

He added that the soldiers also took videos of the nearby archeological site and its surrounding areas, in the town.

Sebastia is subject to constant Israeli invasions, including when the army accompanies dozens of Israeli colonists into the archaeological area.

These invasions increased after the local council established a new tourism site and raised the Palestinian flag.