Israel to Expand Settlement Housing in Jerusalem with 770 Units 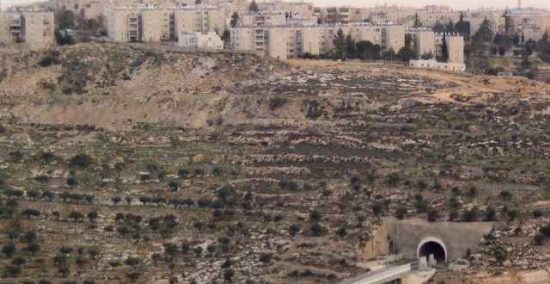 The Israeli District Planning and Building Committee in Jerusalem has deposited a plan for the construction of 770 new settlement units between the illegal settlement of Gilo and the West Bank village of Beit Jala, according to the PNN.

The project will be facing the Cremisan monastery in Beit Jala, where protests took place against continuing construction of the Apartheid Wall.

Chairman of the District Planning and Building Committee who approved the project, Meir Turgeman, told Walla News that he will do whatever he can to “keep young people in the city.”

In the past month, Israeli Prime Minister Benjamin Netanyahu and Minister of Defense Avigdor Lieberman decided to move forward with the construction of some 800 settlement units in Ma’ale Adumim and Jerusalem, as a reaction to alleged Palestinian attacks, a move which was condemned internationally as a collective punishment.