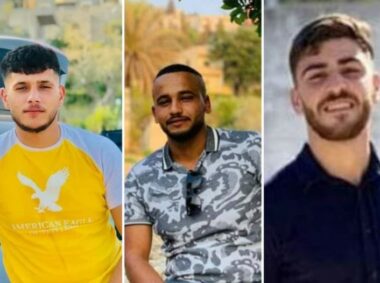 In addition, the army invaded the ath-Thaheriyya town, before storming and ransacking a home owned by Mohammad Ismael at-Till.

Also, the army installed a roadblock at the main entrance of Ethna town, west of Hebron, before stopping and searching dozens of cars, and interrogated the Palestinians while inspecting their ID cards.

In Ramallah, in the central West Bank, the soldiers invaded the al-Irsal area, leading to protests, and fired many live rounds, gas bombs, concussion grenades, and rubber-coated steel bullets.