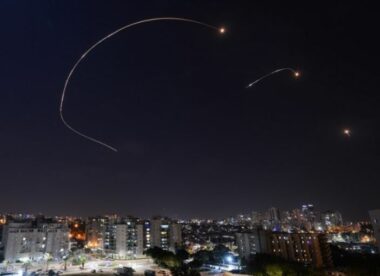 The Israeli army fired, on Saturday at dawn, several shells, some hitting targets believed to be run by armed resistance groups in the besieged Gaza Strip, after the military claimed shells were fired from the coastal region.

Media sources said Israeli tanks, stationed near the perimeter fence, fired several shells into a site, believed to be a monitoring post run by the Al-Qassam Brigades, the armed wing of Hamas.

They added that the army also fired shells into Palestinian farmlands close to the fence, across the eastern parts of the Gaza Strip. Medical sources reported three injuries, east of Gaza city.

The Israeli shells struck two sites east of Juhr ad-Deek, in central Gaza, and the Zeitoun neighborhood, in Gaza city, causing damage to the targeted buildings, in addition to surrounding homes.

The army also fired two shells into a site, east of the al-Boreij refugee camp, in central Gaza, and a third shell into another site, east of Khan Younis, in the southern part of the coastal region.

In addition, the army fired three missiles targeting a building and farmland, east Rafah, and at least two missiles, east of Khan Younis, in the southern parts of the Gaza Strip, causing damage.

In addition, the Israeli army said it allegedly intercepted three shells, one of them was downed by the Iron Dome missile interception system, in addition to two shells that landed close to the fence.

It is worth mentioning that none of the armed resistance groups in Gaza have claimed responsibility or the reported shells.

The missiles were fired into Gaza amidst escalating tension, and ongoing protests in occupied Jerusalem and other areas of the West Bank, including assaults, carried out by illegal Israeli colonialist settlers.

On Friday, Israeli soldiers and colonialist settlers injured at least 105 Palestinians in Jerusalem.

The colonists also attacked many Palestinian homes in Jerusalem, on Friday at dawn, near the Hebron Gate, and in the Old City.