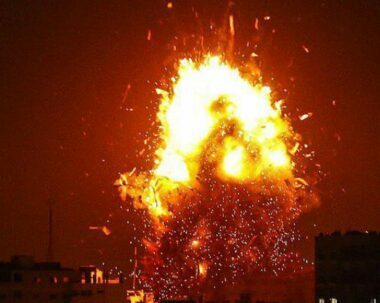 Media sources said an Israeli F16 fighter jet fired missiles into two sites, believed to be run by the al-Qassam Brigades, the armed wing of the Hamas movement, causing damage.

They added that the missiles also caused damage to nearby homes but did not lead to casualties.

The Israeli army claimed it fired the missiles after a homemade shell was fired into settlements across the fence and added that the shell landed in an undeveloped area causing no damage or injuries.

Also at night, the soldiers shot and injured at least three Palestinians during protests that took place on their lands near the perimeter fence, east of Gaza city.