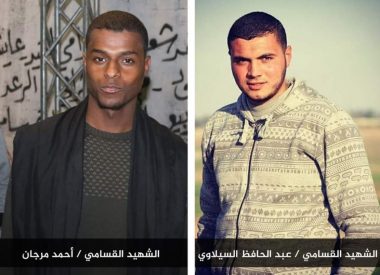 Al-Qassam said that the training including the use of sniper fire, and explosives, and the fighters were practicing techniques when the Israeli army fired a shell at them, killing the two fighters.

“Israel is coming up with false allegations to justify its serious crime,” Al-Qassam said, “We hold the occupation fully responsible for this attack.”

The Israeli army said the two Palestinians “opened fire at Israeli soldiers,” and published a video of the two fighters reportedly firing at soldiers, while Hamas said the allegation has no basis, as the fighters were training, and firing fixed targets.

Raw footage: Hamas terrorists shooting at IDF troops from an outpost in the Gaza Strip pic.twitter.com/3ybzw8w3jW