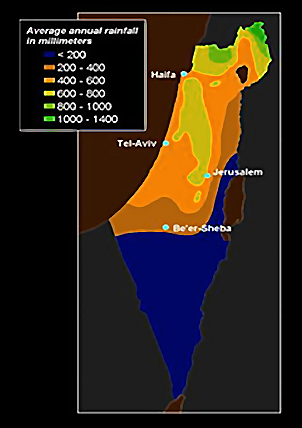 Al-Marsad estimates this disparity in water consumption to be at 4:1. The indigenous peoples are also forced to pay more for water that they do receive.

Private corporations directly benefit from Israel’s occupation of the Syrian Golan and its exploitation of water resources. Al-Marsad’s report highlights Eden Springs, a corporation which distributes 368 millions of liters of water a year and both extracts and bottles its water in illegal settlements in the Golan.

Al-Marsad calls for an end to the occupation, as well as an immediate halt to Israeli settlement expansion. Furthermore, it calls on the international community to pressure both Israel and the private corporations to stop their illegal exploitation the Golan’s natural resources.

In spite of the fact Syria is in the so-called “fertile crescent”, Syria has suffered massive droughts since Turkey Dammed the rivers flowing into Syria and Iraq. Syria’s water resources must be rationed amongst its 23 million people, according to Maram Susli.

US secretary of State John Kerry recently called for Syria to be partitioned saying it was “Plan B”, if negotiations fail. But, in reality, this was always plan A, according to Dawson. Plans to “Balkanize” Syria, Iraq and other Middle Eastern states were laid out by former U.S. Secretary of State Condoleezza Rice, in a 2006 trip to Tel Aviv. It was part of the so called “Project For a New Middle East”.

Susli allegates that this was a carbon copy of the “Odid Yinon” plan, drawn up by Israel in 1982. The plan outlined the way in which Middle Eastern countries could be Balkanized along sectarian lines. This would result in the creation of several weak landlocked micro-states that would be in perpetual war with each other and never united enough to resist Israeli expansionism.

The areas that the Yinon plan intends to carve out of Syria, are the coastal areas of Latakia and the region of Al Hasake. These are areas where a substantial amount of Syria’s water, agriculture and oil are located. The intention is to leave the majority of the Syrian population in a landlocked starving rump state, and create a situation where perpetual war between divided Syrians is inevitable.