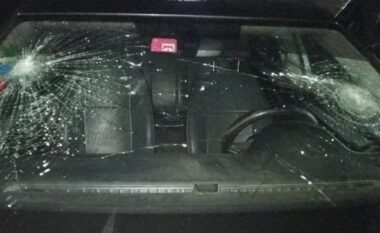 Local sources said the colonists hurled stones at the car of Hatem Othman al-Haj and his family while tending to their lands.

They added that the family parked their car near their land, when the colonists hurled stones at it, shattering its windows and causing damage to the vehicle.

Many Palestinians from Sarta nearby village, noticed the colonists and rushed to repel their attack, before forcing the assailants away.

The Israeli assailants came from the illegal Bruchin colony, which was built on privately-owned Palestinian lands.

In related news, many colonists invaded a Palestinian orchard and cut at least fifteen olive trees in Artas village, east of Bethlehem, in addition to attacking farmers in Kisan village, south of Bethlehem.