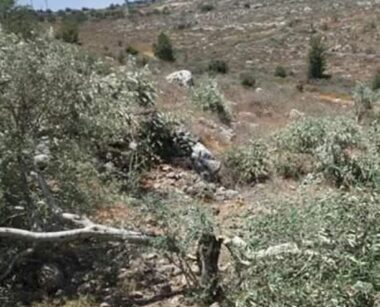 Hasan Breijiyya, the head of the Bethlehem office of the “Colonization & Wall Resistance Commission,” said the colonists invaded an orchard owned by Jamal Abdullah Ismael, from Artas village, south of Bethlehem.

He added that the colonists cut at least fifteen olive trees that were planted by Ismael’s family dozens of years ago.

In related news, several colonists attacked Palestinian farmers on their own lands in Kisan village, east of Bethlehem, south of occupied Jerusalem in the West Bank.