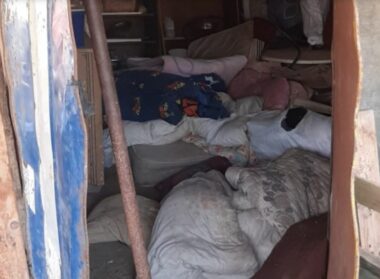 Mo’taz Bisharat, a Palestinian Authority official in charge of the Jordan Valley file, stated that the colonists stole sheds, tents, water tanks, and kitchenware from the families in the village, and fled the area.

Bisharat added that the colonists stole three water tanks, each with the capacity of 1.5 cubic meters, and kitchenware, owned by five Palestinian Bedouin families.

He added that the colonists also stole five tons of wheat and fodder and four tents used by the families.

The official stated that, while such assaults are frequent, usually targeting livestock, lands, and shepherds, the latest assault is a serious violation and escalation as it is targeting the families in their own dwellings, their tents where they reside.