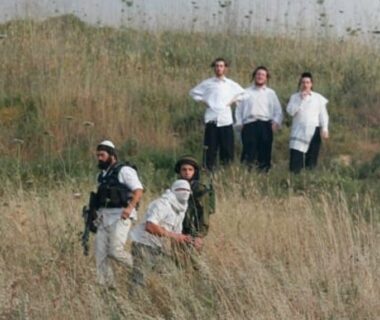 Rateb Jabour, the coordinator of the National and Popular Committees against the Annexation Wall and Colonies in southern Hebron, said many armed colonizers came from the illegal Mitzpe Ya’ir, Yacoub Dalia, and Ma’on colonies, which were built on stolen Palestinian lands.

He added that the colonizers hurled stones at the shepherds and attacked many with batons, causing several injuries and forcing the locals to leave.

Jabour said the colonizers also tried to invade the nearby villages of Shu’ab al-Batem and al-Fakheet in Masafer Yatta, but the locals intercepted them and pushed them away.

In related news, Israeli soldiers invaded the town of at-Tour in the occupied Palestinian capital, Jerusalem, in the West Bank, and forced a Palestinian family to remove its furniture and belongings in preparation for demolishing it.