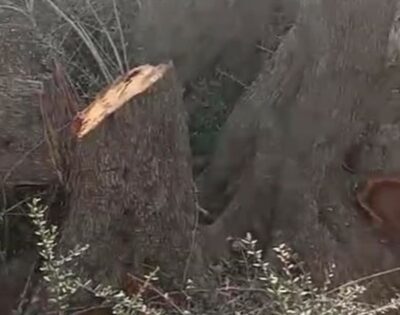 Daghlas added that the colonizers also invaded orchards in Awarta town, picked dozens of olive trees, and stole the produce.

While the colonizers constantly escalate their violations during or around the olive harvest season in several parts of the occupied West Bank, the attack comes amidst a serious escalation, including invasions of homes, assaulting the Palestinians, and destroying their properties, including cars and homes.

On Thursday, the Palestinian Health Ministry said a female nurse was injured after illegal paramilitary Israeli colonizers who invaded Huwwara town, south of Nablus, assaulted her, causing several injuries, including her face.

The colonizers also fired many live rounds at Palestinian homes and burned cars and buildings, in Huwwara.