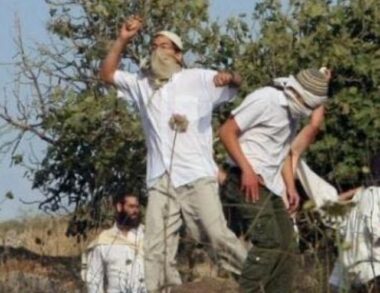 On Monday, illegal Israeli colonizers attacked Palestinian shepherds and international peace activists on Palestinian lands in the Al-Auja town northeast of Jericho in the West Bank, wounding an international activist. In addition, Israeli soldiers invaded a village and confiscated solar panels and equipment.

Ghrayyeb added that one of the colonizers injured an international peace activist and that the colonizers were still in the area, an issue that raises fears of further potential attacks and violations.

In related news, Israeli soldiers confiscated tools and equipment for installing solar panels for the Palestinian Bedouin families in the Wadi Al-Faw village in the northern plains of the occupied West Bank.

Mo’taz Bisharat, a Palestinian official who monitors Israel’s colonialist activities in Tubas, said the soldiers confiscated a trailer loaded with solar panels, equipment, and tools, provided by the Palestinian Energy and Natural Resources Authority to the families in the area.