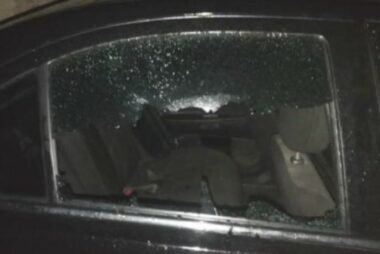 A group of illegal Israeli colonizers and soldiers invaded, on Thursday morning, the Kifl Hares town, north of Salfit in the central West Bank, before the colonizers caused damage to Palestinian cars, in addition to invading historic sites.

Ali Jasser, the Mayor of Kifl Hares, said several Israeli army jeeps accompanied the colonizers before invading historical Islamic sites in the town after the army closed the area to the Palestinians. Jasser added that the colonizers smashed the windshield of a car owned by Najdat Saleh and slashed the tires of another vehicle he owns, and a car owned by Khaled Abdul-Qader Shaqqour.

In related news, a large group of Israeli colonizers, accompanied by soldiers, invaded the archeological area in Sebastia Palestinian town, northwest of Nablus, in the northern part of the occupied West Bank.