Israeli Court Orders Palestinian Family Out of their Ancestral Home 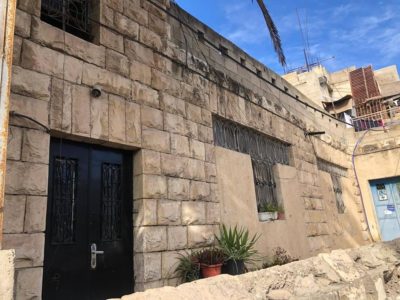 The District Court of Jerusalem has ruled to evict the heirs of the late Mariam Abu Zweir from their property in the neighborhood of Wadi Hilweh in Silwan, south of Al-Aqsa Mosque.

Wadi Hilweh Information Center / Silwan said that the judges refused the appeal filed by the heirs of Abu Zweir family against the decision to evict them from their property issued by the Israeli Magistrate Court at the end of 2018.

The center added that the settlers gave the family from 8-28 July to completely vacate the property, with the possibility of eviction during that period. The property consists of a house in which Mrs. Elham Siam and her four children live, in addition to a land of about half a Dunum, and a warehouse.

Elad settlement association also demands that the family pay “rent” for the property for the past years with a value of NIS 400 thousand, in addition to lawyers’ fees of NIS 80 thousand.

The heirs of Abu Zweir family have been engaged in a struggle in the Israeli courts for 24 years to protect the property and to prove ownership of it and to refute the claims of Elad settlement association. During the past years, Elad association has worked hard to seize the property in several ways. The first is through collusion between brokers and clients in getting the fingerprints of the late Abu Zweir on a document where she would give three of her sons the right to the property while she was dying. However, in 1999 the Israeli courts rejected Elad’s claims, stating that the property belongs to her eight children, according to the heirs of the late Abu Zweir.

In another attempt to file a case against the family in 2001, Elad claimed that it had purchased three plots in the property (the brothers in the United States, headed by Mahmoud Daoud Khalil), and called for other shares to be classified as the Custodian of Absentee Property.

Nihad Siam, one of the heirs, said that after several hearings in the courts, it was revealed that Elad had purchased the shares of four heirs, in addition to two shares under “Custodian of Absentee Property”. Two shares remain for the late Munira and her sister Fatima. The District Court’s decision means that the property will be divided between the heirs and settlers.

Siam added that his late mother Munira Siam and his brothers faced the Israeli courts and the bias of the settlers and settlement associations and the prosecutions and fines imposed on them, and over the past years they were prevented from carrying out any renovations in the house or their land.

Now, they will lose their home and land completely to the Elad Israeli settlement organization.