Israeli Court Sentences Mother of A Palestinian, Killed By The Army, To Eleven Months, For “Incitement” 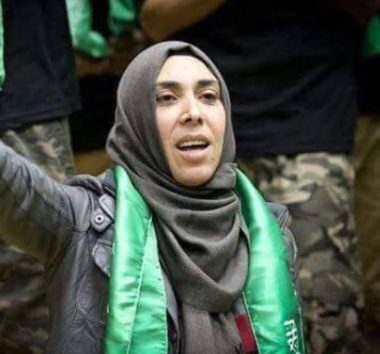 An Israeli court sentenced, on Sunday morning, the mother of a Palestinian, who was killed by the army last year, to eleven months in prison for what the military prosecution described as “incitement on social media.”

Attorney Mohammad Mahmoud of the Palestinian Detainees’ Committee, said the court sentenced Susan Abu Ghannam to eleven months in prison, for posting statements on Facebook, after the death of her son.

The court deemed the posts as incitement, and passed its sentence on the woman, from at-Tur neighborhood, east of Jerusalem’s Old City.

She was taken prisoner last August, after dozens of soldiers and officers invaded her home, and conducted violent searches, leading to damage.

It is worth mentioning that Suzan’s son, Mohammad Hasan Abu Ghannam, 20, was killed on by Israeli soldiers, July 21, 2017, during protests that took place after the army invaded at-Tour neighborhood, in East Jerusalem.

Eyewitnesses said that the soldiers surrounded the Palestinian after shooting him, and that he bled to death when the army prevented Palestinian medics from approaching him.