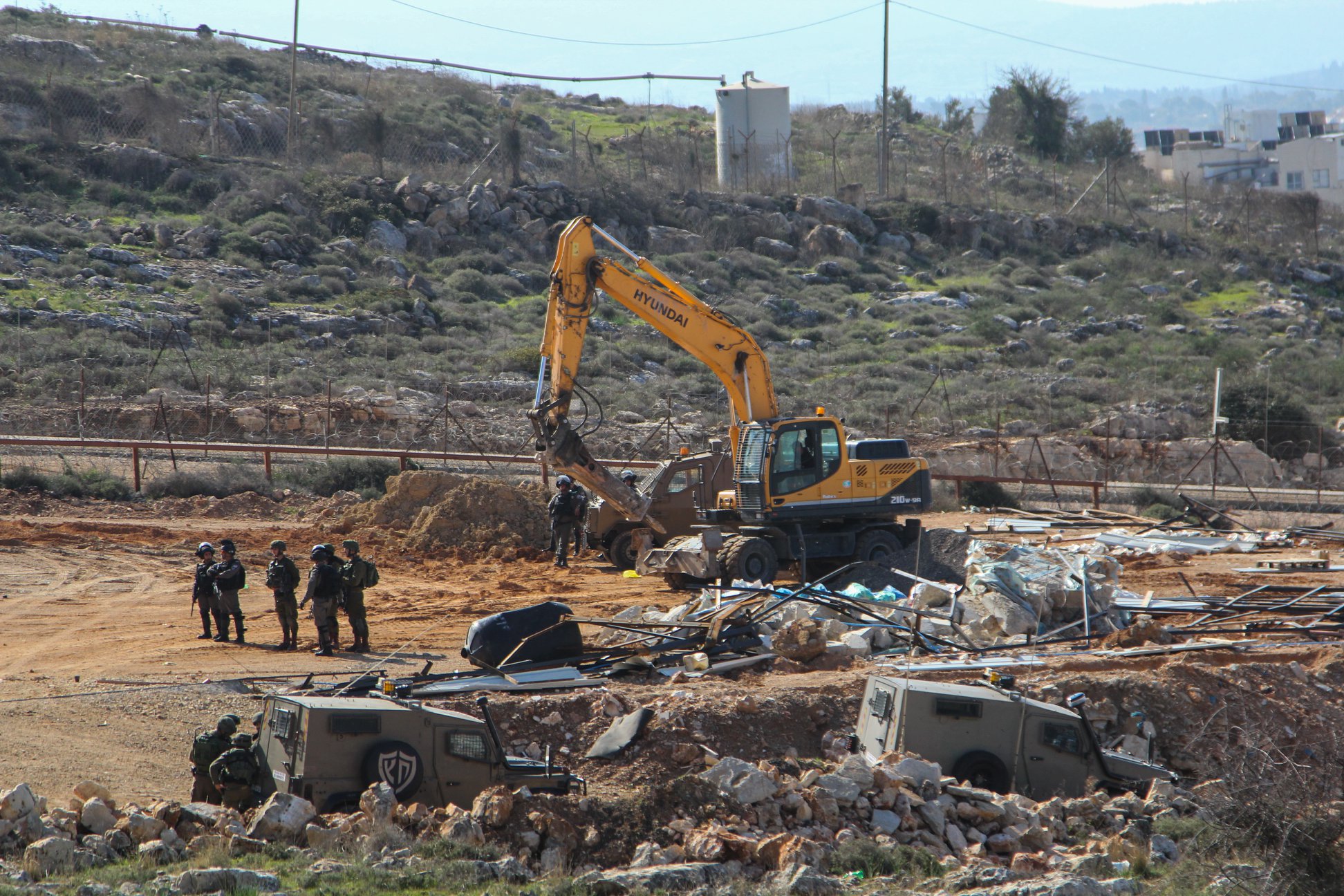 Israeli forces, on Wednesday, demolished a shack and seized another in the village of Deir Qaddis, north of the occupied West Bank city of Ramallah, according to the Palestinian News and Info Agency (WAFA).

Saeed Abu Zaid, head of the Deir Qaddis village council, said that Israeli soldiers stormed the area and proceeded to demolish one shack and seize another belonging to Anwar Nasser.

Important to note that Israeli has increased its campaign of demolishing Palestinian homes, on Tuesday, a Palestinian home was demolished in Jerusalem, leaving a family homeless.