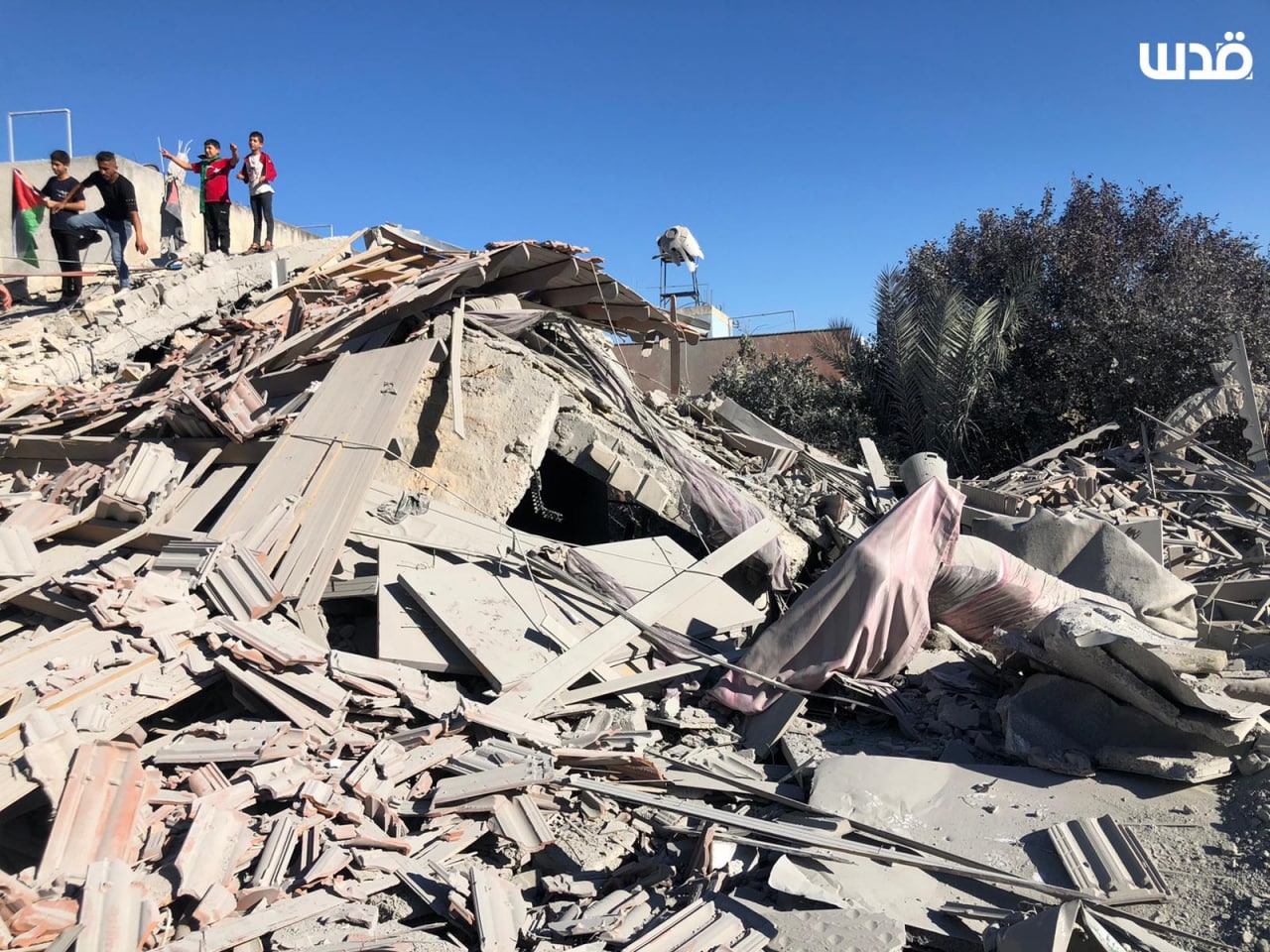 In an act of collective punishment directed toward the families of two Palestinian men imprisoned for the murder of an Israeli colonial settler, Israeli forces invaded the town of Salfit Monday, and destroyed their family’s homes by setting explosives and exploding the homes.

The two men, Yahia Mer’ey and Yousef ‘Aassi, are currently imprisoned in an Israeli prison, charged with the crime of killing Vyacheslav Golev, a security guard who was working at a guard post at the entrance to the illegal Israeli settlement of Ariel when two assailants ran up and shot him. Ariel is the largest Israeli colony in the West Bank, and was constructed mainly on land illegally confiscated from Palestinian landowners from Salfit area.

Prior to the invasion on Monday, Israeli forces distributed fliers to residents of the neighborhood warning them to evacuate their homes, as Israeli troops would soon be invading the street in order to demolish the family homes of the two men.

The troops arrived in the village, accompanied by armored D9 Caterpillar bulldozers (constructed in the United States for ‘military’ uses by foreign entities like the Israeli army). The soldiers then proceeded to place explosives during the night, while also attacking Palestinian protesters, then after dawn, the soldiers detonated the homes of Yahia Mer’ey and Yousef ‘Aassi.

Protests broke out when the soldiers invaded the village, with protesters chanting slogans for Palestinian equal rights, and to put an end to the discriminatory practice of preventing Palestinians from building on their land, while allowing Israelis to take over stolen Palestinian land with impunity.

During the protests, some Palestinian youth threw stones at the invading soldiers, and Israeli soldiers fired tear gas at the protesters, causing dozens of cases of tear gas inhalation, which were treated by medics on site.