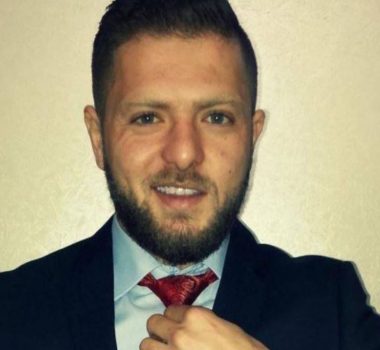 On Tuesday morning before dawn, Israeli troops invaded the village of al-Yamoun and killed Ahmad Nasr Jarrar, 22,  whom they suspected of the murder of an Israeli, without filing charges or arresting him for the crime.

Extrajudicial assassinations like this one, despite being commonly practiced by the Israeli military against Palestinians, are considered illegal under international law.

The soldiers, including a Canine unit, were heavily deployed in the area, and conducted searches of many homes, in addition to using the rooftops of several buildings as monitoring towers and firing posts.  They also demolished a wall and a shed, and uprooted many olive trees, as they set up a perimeter around the ‘wanted’ man’s location.

He added that the army was given “shoot-to-kill” orders, and the soldiers were instructed to shoot Jarrar the moment he was visible to them, without attempting to abduct him.

Israeli media outlets said the soldiers located a large cache of bullets and alleged that Jarrar had been planning a serious attack.

Local media sources reported that Jarrar exchanged fire with the soldiers, and that the soldiers destroyed the home where he was hiding.

Israeli Defense Minister Avigdor Lieberman congratulated the army for what he called “the successful operation,” that resulted in Jarrar’s death.

Following the military invasion and the death of the Palestinian, dozens of local youngsters hurled stones at the soldiers, who fired many live rounds, rubber-coated steel bullets and gas bombs.

It is worth mentioning that, on January 18th, the soldiers invaded Wadi Burqin town, west of Jenin, demolished Ahmad’s home,  and two other homes, in addition to killing his cousin Ahmad Ismael Jarrar, 31, after they mistook him for his cousin.

On February 3rd, the soldiers killed Ahmad Samir Abu ‘Obeid, 19, with a live round in the head, during a massive military invasion into Burqin.