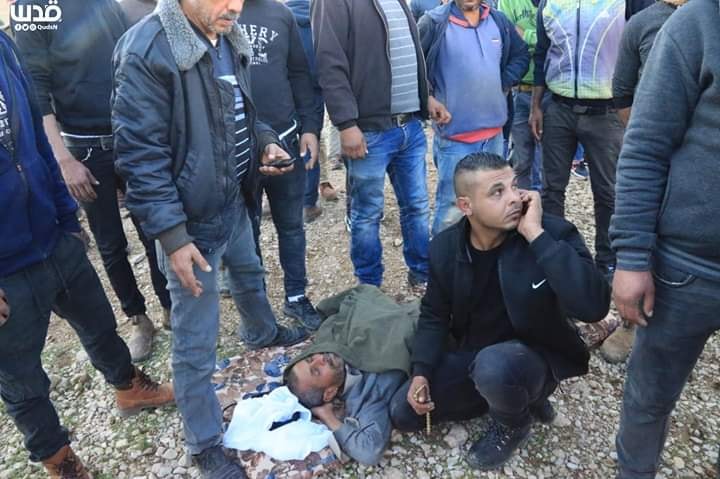 Ras Al Auja, a community, located in ‘area C’ of the occupied West Bank, North of Jericho City, and home to 700-800 Palestinians, was stormed, on Monday, by Israeli soldiers and teams of ‘Civil Administration’ staff, Quds News Network reported.

Activist, Hamzah Zbeidan, said that over two hundred Israeli soldiers accompanied by the Israeli civil administration and bulldozers, stormed the Bedouin community and started demolitions without any prior notice.

Israeli forces declared the area a ‘closed military zone’ and prevented journalists from reaching it or covering the incident before starting the demolition.

Many locals tried to fight the Israeli soldiers back and prevent them from demolishing their homes.

Suleiman Ka’abneh, 50, was wounded when he refused to leave his home, and Israeli forces began demolishing his house while he was inside it.

Soldiers then left Ka’abneh to bleed for an hour before allowing medical teams to reach him.