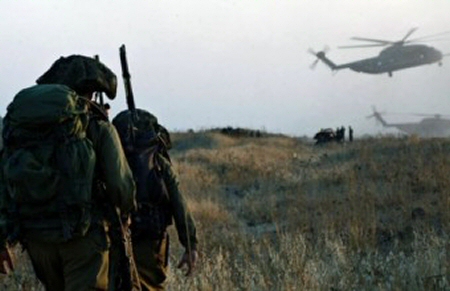 Israeli armed forces, on Sunday, opened heavy machine gunfire toward Palestinian homes along the borderline area to the east of Khan Younis, in the southern Gaza Strip, said sources.

Israeli forces stationed at military watchtowers along the borders with Israel opened indiscriminate fire at Palestinian homes to the east of the town of Khaza’a. However, no injuries were reported, according to WAFA correspondence.

Israeli army and navy forces routinely open fire at Palestinian fishermen and farmlands along the Gaza border, in a blatant violation of a ceasefire deal reached between Israel and the Palestinian factions in Gaza on August 26th 2014 following 51 days of bloody aggression on the Strip in the summer of 2014.

In its weekly report on Israeli human rights violations in the occupied Palestinian Territories, the Palestinian Center for Human Rights (PCHR) said the illegal closure, which has been steadily tightened since June 2007 has had a disastrous impact on the humanitarian and economic situation in the Gaza Strip.

For nine consecutive years, Israel has tightened the land and naval closure to isolate the Gaza Strip from the West Bank, including occupied Jerusalem, and other countries around the world,” said PCHR.

“This resulted in grave violations of the economic, social and cultural rights and a deterioration of living conditions for 1.8 million people,” it added.