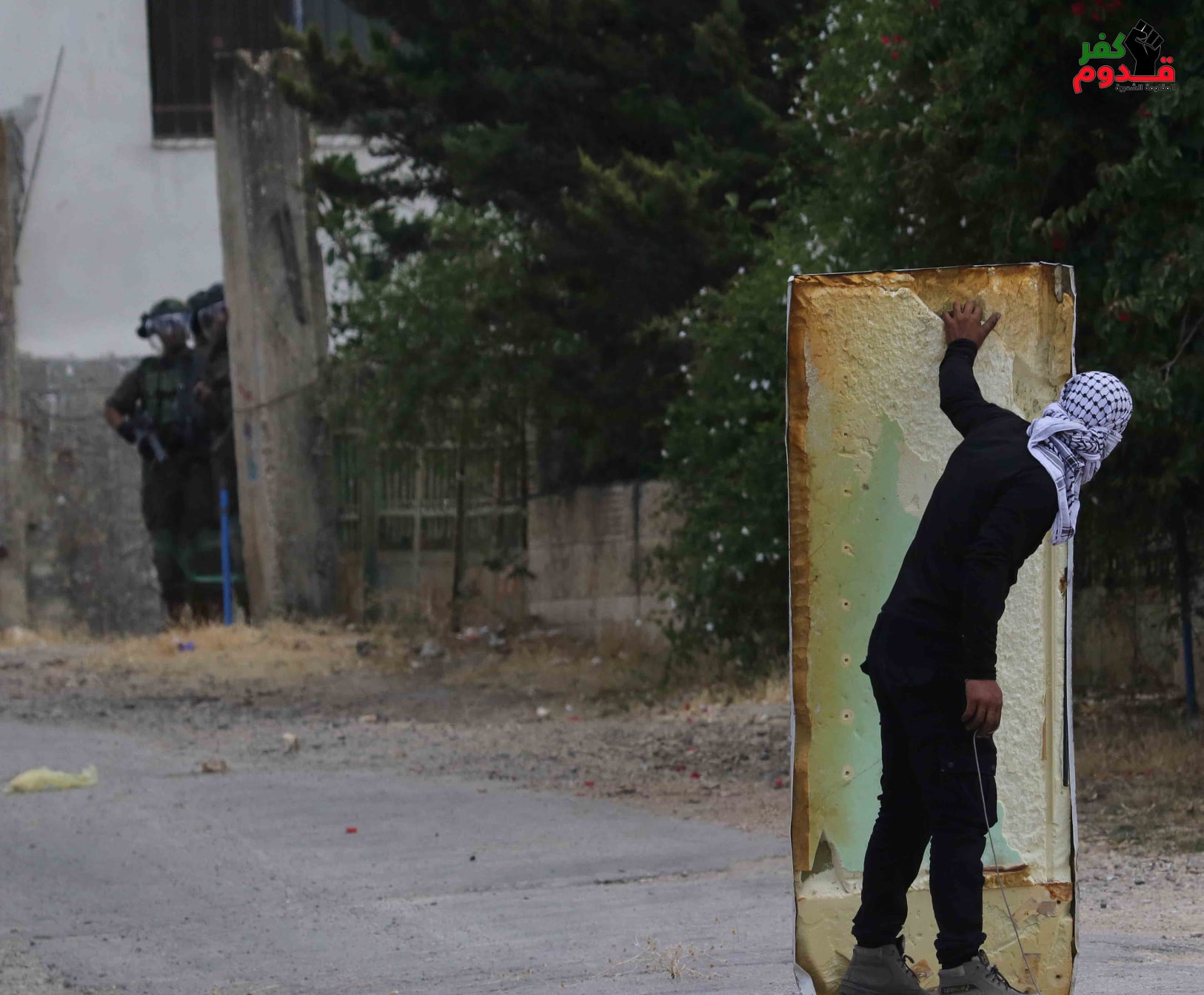 Ten Palestinian civilians were injured, on Friday, by Israeli soldiers during the weekly peaceful demonstration against illegal settlements, in the northern West Bank village of Kufur Qaddoum, according to a local source.

Morad Eshteiwi, coordinator of the popular resistance in the village, told Palestinian WAFA News Agency that Israeli forces responded to protesters with an excessive use of force, including live rounds, rubber-coated steel rounds and tear-gas canisters.

Eshteiwi said that two peaceful protestors were shot and injured with live rounds, both of whom were transferred to hospital, while the other eight injured were shot with rubber-coated steel rounds, receiving treatment on site.

Several other demonstrators suffered the toxic effects of tear-gas inhalation, and were treated on site.