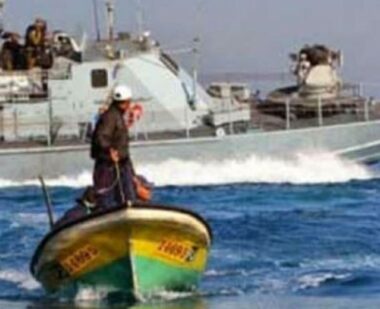 The Israeli navy attacked, on Thursday morning, several Palestinian fishing boats in the northern part of the besieged and impoverished Gaza Strip, before abducting two fishermen.

Zakariya Bakr of the Palestinian Fishermen’s Syndicate said the navy attacked the fishing boats with live fire and water cannons less than 3 nautical miles from the shore of Beit Lahia sea, in northern Gaza.

Bakr added that the navy abducted two fishermen and confiscated their boat before taking them to an unknown destination.

On Wednesday, Israel released a Palestinian fisherman, identified as Mohammad Daoud Bakr, who was abducted seven years ago while fishing in Gaza territorial waters.