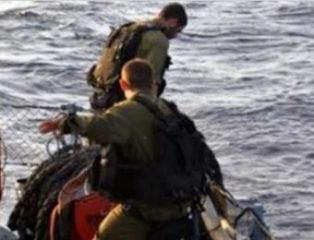 The Palestinian Fishers Syndicate said the two kidnapped fishers have been identified as Samer Zayed and his brother Ibrahim.

In related news, the army released eight fishers, who were among ten fishers kidnapped in Gaza territorial waters, northwest of Gaza city, on Sunday. The two other fishers remained held by Israel.

There are approximately 3500 fishers in the Gaza Strip; they own around 700 boats, and provide income to more than 70.000 Palestinians.

The Palestinian Center for Human Rights (PCHR) issued a statistical report, just a few days ago, documenting 47 Israeli attacks against the Palestinian fishers since the beginning of this year.

The attacks included 24 incidents of live navy fire against the fishers, leading to the injury of five of them, and the abduction of 35 others, in addition to the confiscation of nine boats.