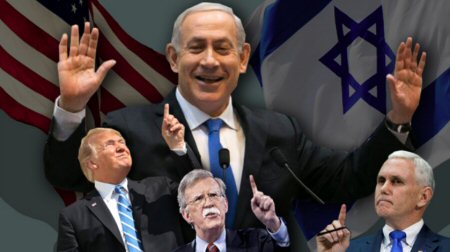 This came as the senior Israeli official had revealed information about Netanyahu’s visit to Brazil, mainly his meeting with the US Secretary of State, Mike Pompeo.

Describing the domination of the Israeli agenda over the US affairs, the senior Israeli official said that Pompeo granted Netanyahu “seven out of eight” of his requirements.

He also said that Netanyahu came out of the meeting with Pompeo feeling that the Israeli occupation state has the ability to influence US policy, according to Days of Palestine.

The senior Israeli official said that the US and Israel are now working on plans to make US the protector of the Israeli occupation state.

It is worth noting that more than 25 American states are considering signing a pledge not to boycott or criticize the Israeli occupation, as a requirement for securing government employment.