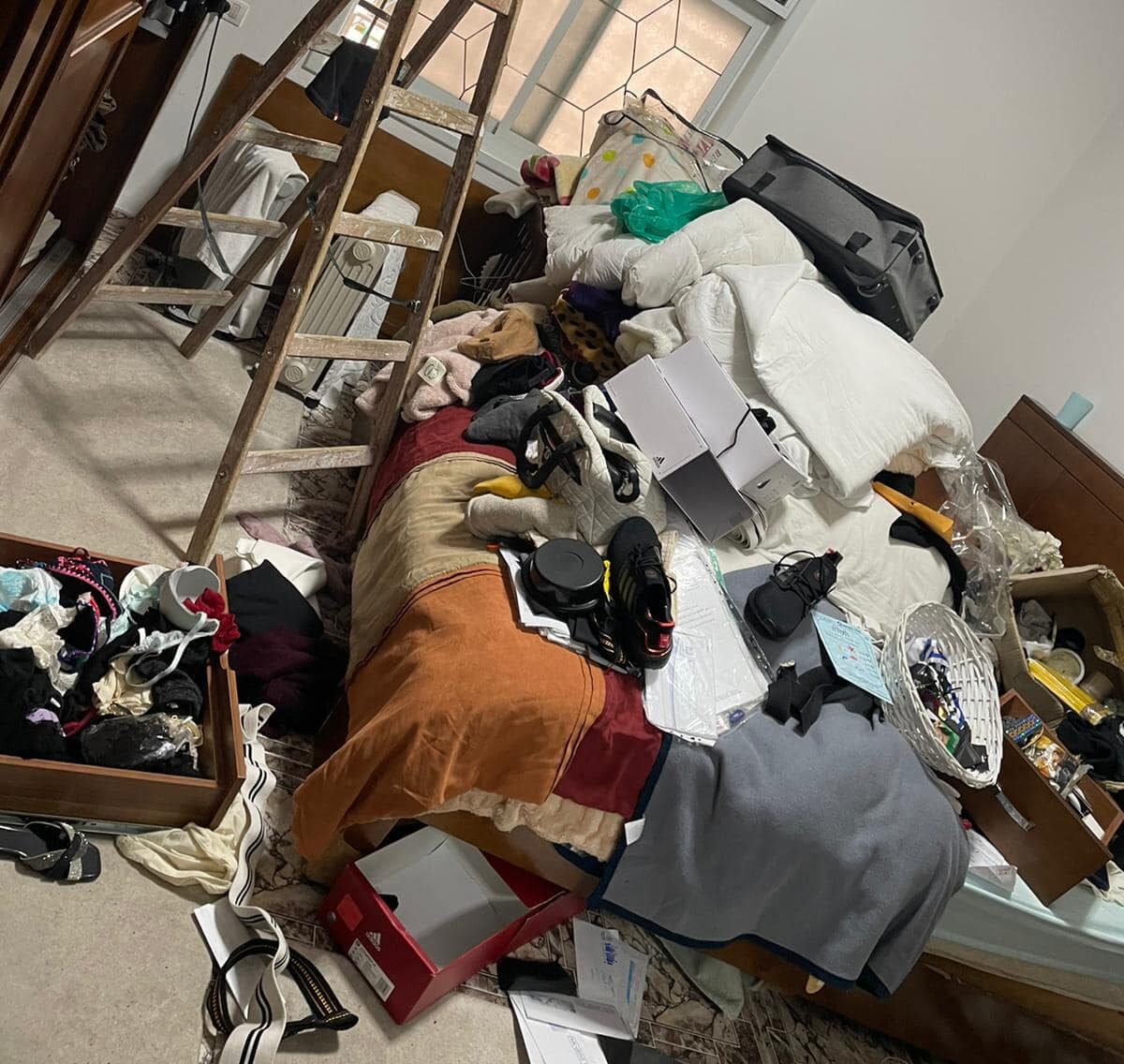 The destruction left behind after soldiers searched and ransacked Al-Aqsa guard’s home.

WAFA correspondent stated that occupation police detained three teens, aged between 12 and 13 years old, out of the compound, for raising a Palestinian flag at the Muslim holy site in the Old City of Jerusalem.

Meanwhile, Israeli police assaulted and detained a Muslim Waqf employee, identified as Fadi Ilyyan, who works as a guard at the Al-Aqsa compund.

According to the Wadi Hilweh Information Center (Silwanic) Israeli intelligence stormed and ransacked the home of Ilyyan, in the Al-‘Isawiya neighborhood of occupied East Jerusalem.

Meanwhile, 33 illegal Israeli settlers were allowed to tour the Muslim holy site under the full protection of the Israeli occupation forces, Silwanic reported.