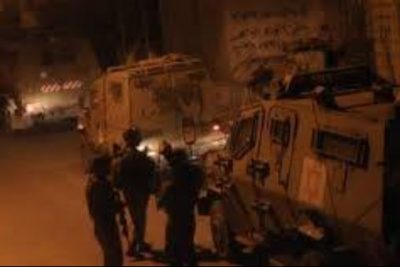 Israeli soldiers abducted, on Tuesday at dawn, at least eleven Palestinians in various district in the occupied West Bank, during extensive military invasions and searches of homes, the Palestinian Prisoners Society (PPS) said.

It is worth mentioning that Othman is the son of Mahmoud ‘Aassi, while Bilal is the son Ali ‘Aassi, who were both killed by the Israeli army 2008.

In Ramallah, the soldiers abducted Mohammad Rezeq Hamed, from Silwad town, east of the city.

In Nablus, in the northern part of the West Bank, the soldiers abducted Abada Mohammad Shehada, from ‘Orif town.