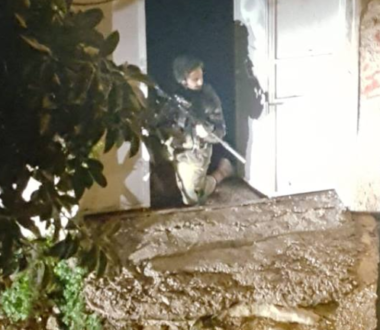 Israeli soldiers abducted, earlier Thursday, three children and four former political prisoners, from their homes in Qalqilia and Jenin governorates, in the northern part of the occupied West Bank.

The soldiers also summoned a child, identified as Yousef Daoud Eshteiwi, 14, for interrogation at the military base in Kedumim nearby illegal colony, which was built on Palestinian lands.

In Jenin, the soldiers abducted four former political prisoners from the city, Jenin refugee camp and Ya’bad town, after invading and ransacking their homes.

The PPS added that the soldiers also invaded and searched homes in Ya’bad town, southwest of Jenin, and abducted Monadel Yacoub Enfe’at.

In related news, the soldiers abducted six Palestinians, including a young man who was detained minutes after his release from prison, and assaulted two others, in several parts of Hebron governorate, in the southern part of the occupied West Bank.