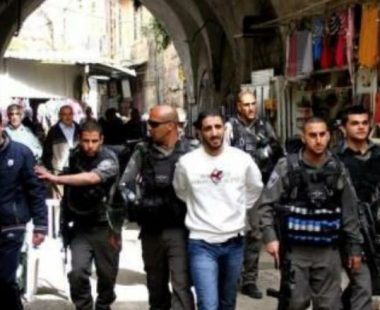 Israeli soldiers abducted, on Sunday evening, ten young Palestinian men, including a political prisoner who was just released from detention, and was heading back home, in occupied Jerusalem, after the army ambushed them on the way to the city.

Media sources said that the soldiers abducted former political prisoner Sbeih Abu Sbeih, who was just released from detention and was heading back home, without providing any explanation for his arrest.

The soldiers also abducted nine other Palestinians from the Old City of occupied Jerusalem, who were with Sbeih; all were ambushed and detained on the way from prison to the Old City.