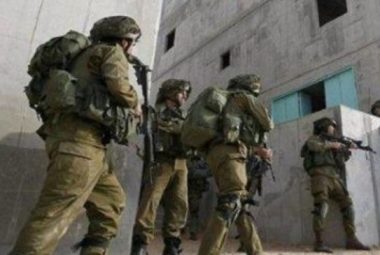 The Palestinian Prisoners’ Society (PPS) has reported that Israeli soldiers abducted, earlier Wednesday, three Palestinians in Qalqilia and Jenin, in the northern part of the occupied West Bank.

The Qalqilia office of the Palestinian Prisoners’ Society (PPS) said the soldiers invaded many homes in the city, and abducted Mahmoud Shawahna, 26.

Furthermore, the soldiers invaded Qabatia town, south of Jenin, and abducted Yousef Sabri Assaf, after invading his family’s home and searching it.