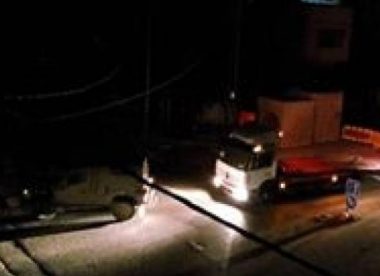 In related news, dozens of soldiers invaded Palestinian homes in Zawiya town, in Salfit governorate, in the central West Bank, before storming and ransacking many homes, and interrogated many residents while inspecting their ID cards.

Local sources identified owners of some of the invaded homes as Abdul-Salam Shqeir, and his sons, in addition to Sari Salim Shqeir and Nabil Sahqqour.

The soldiers interrogated many Palestinians, especially seniors, women and children, for more than two hours, the sources added.

Resident Abdul-Salam Shqeir said the soldiers caused excessive damage to his home, especially by smashing property using their batons, in addition to searching the family’s barn, also leading to damage.