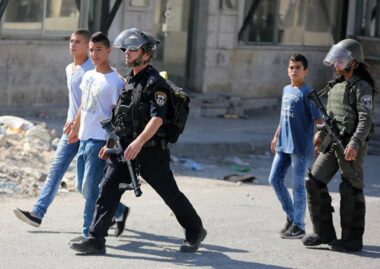 The head of the al-Lubban ash-Sharqiya Village Council, Yacoub Oweis, stated that several army jeeps invaded the town before the soldiers chased searched several schoolchildren while walking back home from school.

He added that the soldiers abducted Omar Adnan, Rateb Bashar, and Ahmad Abdul-Nasser.

In occupied Jerusalem, the soldiers attacked several Palestinians in the Wadi ar-Rababa neighborhood, in Silwan town, wounding one, identified as Ahmad Somrain, who suffered various cuts and bruises.

The attack came when the Palestinians tried to stop the soldiers, police, and workers of the City council, who were bulldozing their lands to annex them and use them for illegal colonialist activities.