Soldiers Abduct Six Palestinians, Including Siblings, In Nablus And Hebron 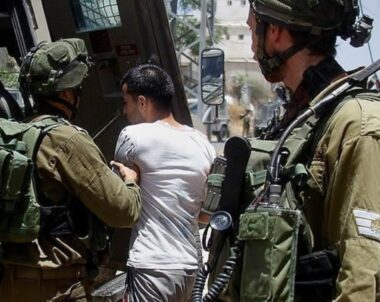 In Nablus, in northern West Bank, undercover Israeli soldiers infiltrated Balata refugee camp and abducted a former political prisoner, identified as Sami Abu Hamada, after breaking into his home and ransacking it.

It is worth mentioning that Abu Hamada is a former political prisoner who was held by Israel for fourteen years and was released in the year 2018.

In addition, several army jeeps invaded the al-Quds Street area, in the eastern part of Nablus city, before breaking into and searching homes, and abducted three siblings, identified as Ibrahim, Ala’, and Khail Abu Awad.

Also, the soldiers abducted two siblings, identified as Othman Abu Qbeita, 37, and his brother Abbas, 34, when they intercepted several colonialist settlers who invaded their lands and attacked several Palestinians in the Lasefer village, in Masafer Yatta, east of the southern West Bank city of Hebron. (Read more about the attack)

In addition, the soldiers abducted three teenage boys south Nablus, in the northern part of the occupied West Bank.