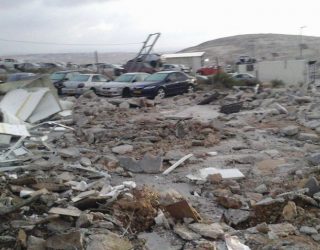 A number of Israeli military vehicles, and bulldozers, invaded on Tuesday at dawn, Anata town, northeast of occupied East Jerusalem, and demolished a car repair garage, and a tree nursery.

The WAFA Palestinian News Agency said the soldiers surrounded a car repair garage, belonging to a resident identified as Ashraf Julani, under the pretext of being built without a construction permit.

The soldiers also demolished a tree nursery owned by the family under the same allegations.

WAFA added that clashes took place between the soldiers and local youths, who hurled stones and empty bottles on the invading military vehicles. 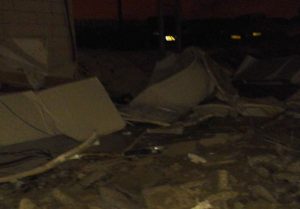 The army fired many gas bombs, causing dozens of Palestinians to suffer the effects of teargas inhalation.

On Tuesday morning, the soldiers invaded the village of Shoufa, south of the northern West Bank city of Tulkarem, and uprooted many olive trees in Khallet Hammoud area, before loading the trees in their trucks and drove to an unknown destination.