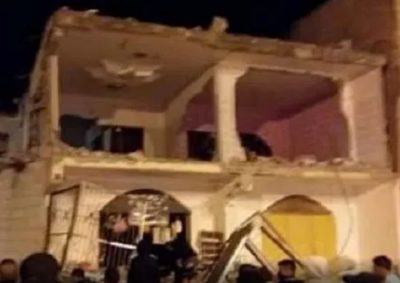 Israeli military vehicles, and bulldozers, invaded on Tuesday morning the town of Sa’ir, northeast of Hebron, in the southern part of the occupied West Bank, and demolished eight Palestinian homes. The army also demolished wells in the town.

Media sources in Hebron said the soldiers surrounded Sa’ir, and declared it a closed military zone before invading it.

The sources added that the soldiers stormed eight homes, forced the families out, and demolished them, in addition to destroying several wells, in Jouret al-Kheil, in Wad Sa’ir area.

The army previously delivered demolition orders targeting the eight homes under the allegation of being built without construction permits from the Israeli side.