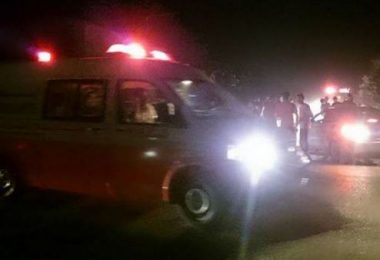 The Israeli Air Force fired, on Tuesday at night, several missiles into two areas, in the southern part of the Gaza Strip, causing damage and three injuries.

The air force fired missiles into a site, run by the al-Qassam Brigades, the armed wing of Hamas, southwest of Khan Younis, in the southern part of the Gaza Strip.

It also fired missiles, which detonated in an open area, just east of the targeted site.

The Israeli army claimed “it was retaliating to homemade shells,” which was fired on Tuesday, and landed in open areas.

The army also attacked dozens of Palestinian protesters in the Gaza Strip, and wounded twenty-two with live fire, including one who suffered a serious injury to his head.

In addition, Palestinian medical sources have confirmed, late on Tuesday at night, that an elderly woman, identified as Hamda Zubeidat, 60, was killed after Israeli soldiers invaded a town near Jericho, and fired concussion grenades, many striking homes, causing her to suffer a heart attack.