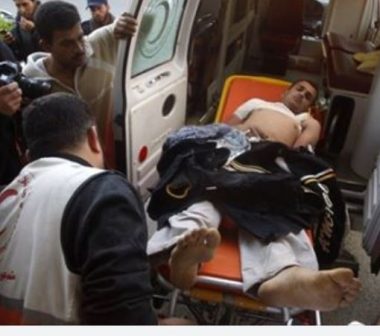 Israeli soldiers invaded, on Sunday at dawn, Jenin refugee camp, in the northern West Bank governorate of Jenin, searched homes, and caused many Palestinians to suffer the effects of teargas inhalation during ensuing protests.

Media sources in Jenin said several Israeli army jeeps invaded the refugee camp, before the soldiers stormed and searched many homes, and interrogated the residents while inspecting their ID cards.

They added that many youngsters protested the invasion, and hurled stones at the army jeeps, while the soldiers fired gas bombs and concussion grenades.

In related news, the soldiers installed a military roadblock at the entrance of Faqqu’a village, east of Jenin, before stopping and searching dozens of cars, and interrogated many Palestinians while inspecting their ID cards.