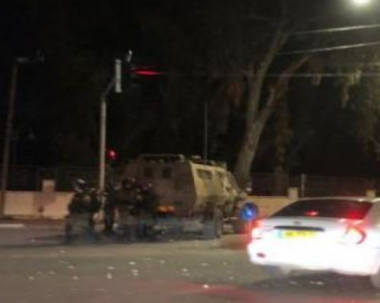 The Health Ministry in Ramallah said the seven Palestinians were rushed to Palestine Medical Complex, including one who suffered a moderate injury, after the soldiers shot him with a rubber-coated steel bullet in his eye.

It added that the soldiers also caused many Palestinians, including families in their own homes, to suffer the effects of teargas inhalation.

Also at night, the soldiers abducted Zeid Waleed al-Qawasma, 21, from the southern West Bank city of Hebron, after stopping him at the “Container” military roadblock, southeast of occupied East Jerusalem.