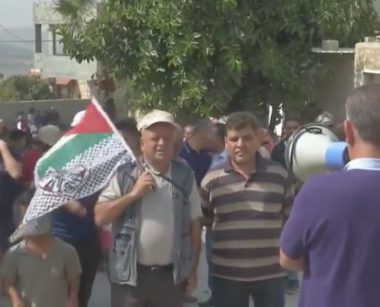 Morad Eshteiwi, the media coordinator of the Popular Committee in Kufur Qaddoum, said the soldiers fired many rubber-coated steel bullets, gas bombs and concussion grenades at the nonviolent protesters.

He added that an international activist was shot with a rubber-coated steel bullet, and received treatment at the local clinic.

Several protesters suffered the effects of teargas inhalation, and were treated by local medics at the scene.

Eshteiwi added that the soldiers invaded many homes, and occupied their rooftops before using them as firing posts.

Last week, the soldiers attacked the procession in Kufur Qaddoum and installed sand hills closing several roads, which remained closed since then. 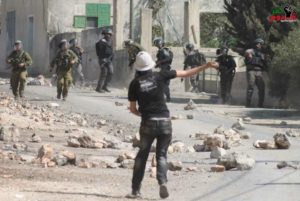