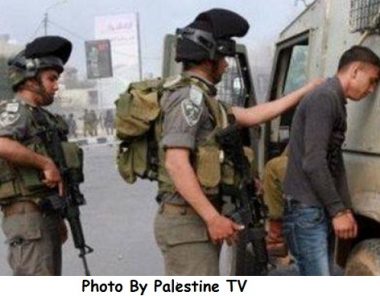 The Palestinian Prisoners Society (PPS) has reported that Israeli soldiers have kidnapped, earlier on Thursday, at least ten Palestinians, in different parts of the occupied West Bank, including occupied Jerusalem.

In Hebron, in the southern part of the West Bank, the soldiers also invaded and searched homes, and kidnapped one Palestinian, identified as Mohammad Akram Ja’bari.